Located 30 nautical miles from the north cape, Carrington Estate has undergone many changes since its inception, but some things that have remained the same are the landmarks that have influenced the resort in its branding. Take the locality of Houhora, which can be seen from the Sea View Villas, the swimming pool, the putting green, and restaurants, across the aptly protected Karikari Bay are the contours of Maunga Tohoraha loosely translated to ‘Mount Camel’. It is believed Māori explorer Kupe first set eyes on New Zealand believing Houhora was a whale. To the southwest of the resort, perhaps our most prominent landmark and whose contours adorn the Karikari Estate Winery bottles, is Puwheke (locally pronounced Puheke) which means giant octopus, we recognise Puheke today as an ancestral birthplace of the Ngāti Kahu people who settled in the foothills and along Karikari Beach. Legend tells of the parents of the local iwi Ngāti Kahu, Te Parata and founding ancestress Kahutianui sailing toward Rangaunu Harbour and being quelled by a giant octopus near the mouth of the harbour.

From Carrington Estate – private access to the Karikari Beach has been granted and can be accessed by heading toward the 1st tee and continuing along the sign posted trail. Of Moderate rating the trail consists of rugged and demanding terrain. A one-way hike can generally take between 45 – 55 mins from the tea tree line.

Travel 2kms east of the resort on a gravel road and discover one of New Zealand’s favourite beaches, Maitai Bay. It’s horseshoe shape and gentle tides feature hidden coves and picturesque Pohutukawa trees. There are many culturally significant sites in the vicinity of the Department of Conservation campsite located on the Hetaraka Farm, access around the rocks is permitted. Long walks and short walks are accessible from Maitai Bay to the complimentary Merita Beach and proposal-worthy stunning views are boundless.

Perhaps on the way back from Maitai Bay, pop into Carrington's crowning jewel Karikari Estate Winery. Situated 3km's from the Pacific Ocean at an elevated position overlooking the parent property, Karikari Estate is New Zealand's northern-most winery and vineyard, it features Tuscan style Palladian arches and signature roofing tiles imported from Portugal. The vineyard rows are all orientated 10 degrees east of the north which allows for maximum sun exposure each day. There are some 66,000 vines. 90 percent of the vineyard is made up of Red grapes. The first vintage produced 18,000 bottles of wine in 2003. The natural ocean breezes combined with the anabatic winds of the Karikari Hills lead to a healthy vineyard. The Winery can also be accessed via underground tunnel from the 9th hole. Accommodation at the heart of Northland. Experience classic design and timeless charm at Carrington Estate. Comfortable and beautifully appointed, spacious Lodge Rooms, Three Bedroom Villas and Luxury Houses feature views of the golf course, vineyards and the Pacific Ocean. You will want to stay forever at Carrington. New Zealand’s North is a showcase of the country’s world-famous produce. With ingredients grown on the estate, scallops from Karikari Beach, oysters from Rangaunu Harbour, local mussels and cheeses, the dining is superb. You can even go fishing with a local captain and bring your best catch back to the resort’s kitchen to prepare for your evening meal. Between the sweeping ocean views to the north and east, and the hillside vineyards of Karikari Estate to the south, is the Northland golf course at Carrington Estate. Designer Matt Dye designed the championship-standard 18-hole Carrington Golf Course. Spectacular views of the golf course, wetlands, Northland beach and ocean beyond are visible from the clubhouse and lounge complex. The estate’s award-winning Estate Winery offers stunning views across the acreage out to the Pacific Ocean. The region’s unique climate, location and weather conditions combine to produce high-quality wines. Carrington Winery is open for Wine Tastings and dining during the Summer months, where breathtaking views pair beautifully with award-winning wines and estate grown food. The spectacular Karikari Peninsula never fails to impress when it comes to choosing a Northland wedding venue. With such panoramic views, it's hard to imagine anywhere more picturesque or romantic for a completely indulgent wedding. Bridal parties can spread out and entertain in the spacious and private self-contained Three Bedroom Villas or Luxury Villas while guests enjoy the resort's chic Lodge Rooms. Carrington Estate offers an altogether unique and unforgettable wedding experience. 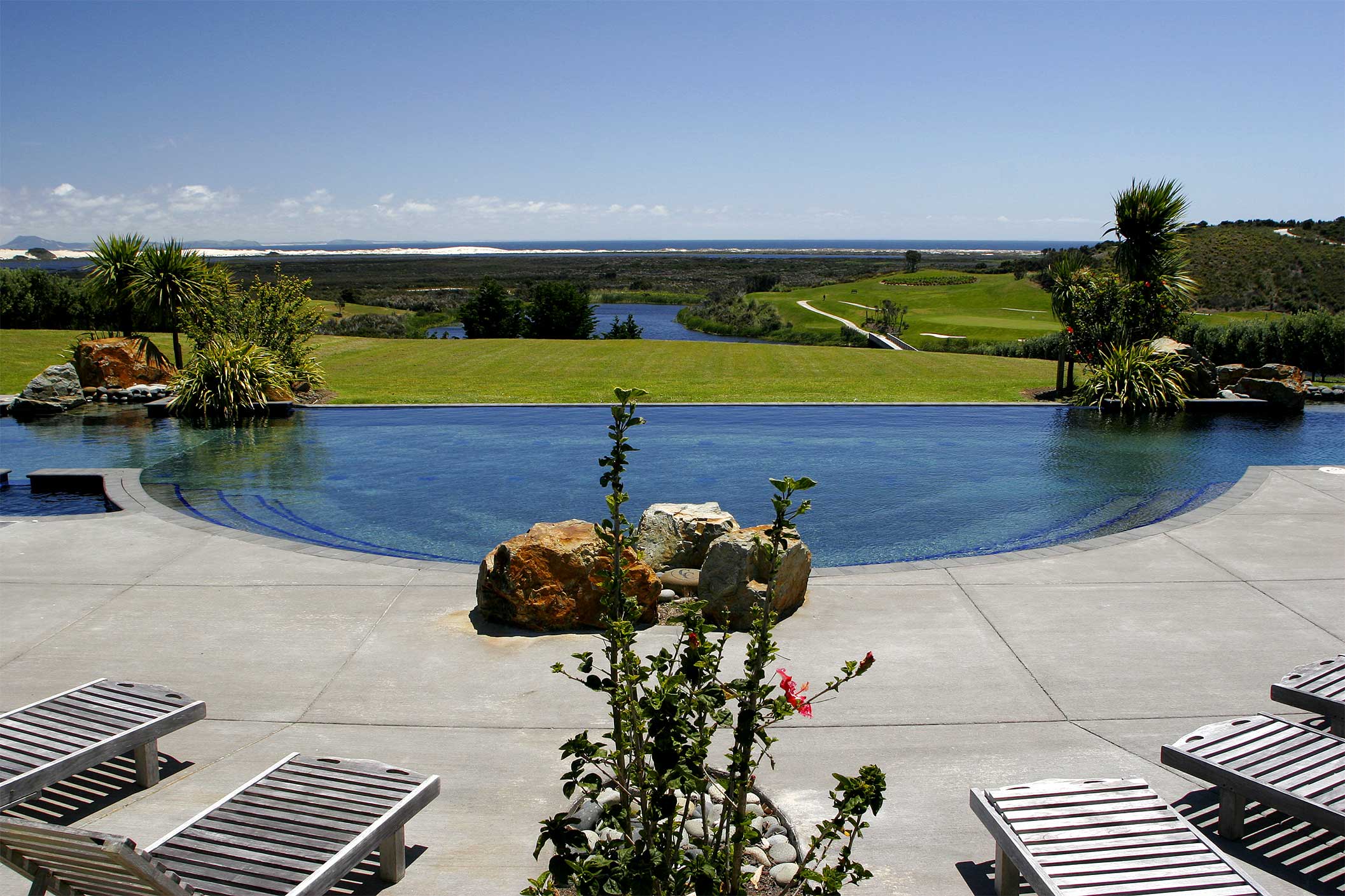